April is going to be a really good month, I can sense it!  Between the Matsuri festival next weekend, a 5K the following weekend and it being the month where spring kicks into high gear, it’s set to be fantastic!

This will be my first full month back in my hometown and with all my moving expenses taken care of, I can focus on relaxing for a while before worrying about finding a place to rent.  After being on a really tight budget for the last two years, it’s nice to have a reprieve and not pay rent.  Plus it’s just nice to enjoy being close to family and friends for one and seeing them more than a few times a year. At the moment, my plan is to move into a place closer to work in August or September.  I mostly want to give myself time in the area around my hometown and time to save up money/pay off debt.

One of my favorite events of the year is the Matsuri festival in Washington D.C. (April 11th).  I’ve been going with a group of friends every year for the last two years and it’s always a blast.  We’ve been lucky to have peak bloom the week we’re there too (see above picture).  I’m not sure if we can count on it this year since our temperatures are only now hitting spring-time temperatures.  Even so, there will be plenty to see and do at the Matsuri festival (maybe it won’t be so crowded this year?) 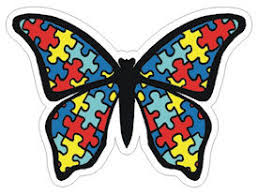 April is also Autism awareness month. As my profile says, I’m a Special Education teacher and specifically an Autism teacher.  I’ll be participating in a 5K this month to help raise money and I’ll be doing things throughout the month to raise money and awareness.

With all the changes in the last month, I haven’t had a chance to really work on my goals for 2015.  I’m behind on most of my goals and since I’ll be doing a quarterly report at the end of the April, I need to get things going.  I’m hoping to get in more reading time this month and get back into crafting at the very least.

What do you have going on in April?

One thought on “Life in April”