Without going in-depth, I made the tearful decision to leave my current job and accepted a new one this week.  It’s going to be an emotional next two weeks as I prepare to leave the place I’ve called home for almost three years.  It means a definite change in life, especially because I have four close friends here, two of which I consider to be best friends.  If all my friends lived close by, life would be perfect!

Since I start my next job in three weeks, I’ve already started making preparations to move since I’ll be relocating for my new job.  It feels strange to be moving all my stuff back to my hometown (temporarily) after moving out four years ago after college.  I’ve started looking for places reasonably close to my new job, but in the meantime I look forward to having few bills (and more to pay off student loans!)  Since I want to pay those off, I’m opting for cheaper living for the time being.  The advantage is I’ll be working in the area I one day want to settle in and I plan on taking advantage of my schools tuition reimbursement policy to get my masters.  I don’t want any more student loans and luckily there are ways for teachers to get their masters virtually free. 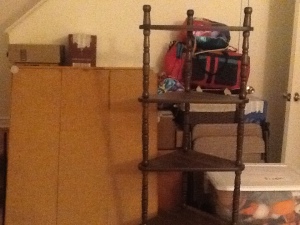 As you can see in the above picture, I’ve been doing a lot of packing over the last two days.  I got boxes from the local ABC store and they were quickly used up.  Luckily my amazing aunt and grandmother are coming tomorrow evening to take a load and bring me more boxes.  I’ll take a second load sometime next weekend and then the following weekend my furniture and other things will be moved out.  Phew!  Hard to believe in 2 weeks I’ll be gone from here…but these things tend to happen fast (in my experience).

It’s also been a great way to purge a few things through sales and Goodwill donations.  I have a few things to take to the bookstore and sell still, but there are 81 things (and growing) on their way to goodwill in the near future.  This move might allow me to complete my ‘Get rid of 500 things’ goal I set to complete in the next 3 years! 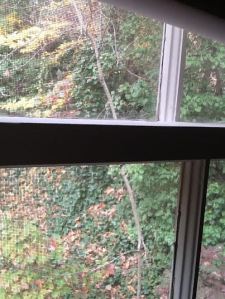 The next few weeks will be bittersweet and will mark the end of one chapter of my life and the beginning of another.  This is an awful lot of changes coming right before my 28th birthday!  Still, I’m excited for the future in a way I haven’t been in a long time.  It’ll be nice to be close to family and close friends again, but it’ll take a while to get over not seeing friends here almost everyday. 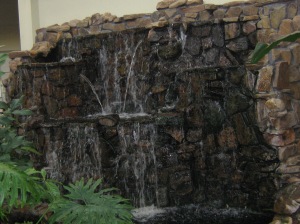 Where do I begin when discussing January?  Well, it was an interesting month and start to the new year.  I kicked off the start of January with a couple friends, went to a second baby shower for my best friend and five friends announced they were pregnant.  Babys’r’us has become a pretty consistent shopping destination for me lately (another close friend has a baby shower in two weeks).  Outside of exciting news from friends, I made a couple travel plans including to a convention next week, a trip to New York and another one to Pennsylvania in June.  I’m also in the midst of deciding on where I want to be come next September (when my lease runs out since I really want to go elsewhere) and graduate school.  Having multiple coworkers pursuing their masters degrees at the moment has made me feel pressure to decide on something (I gave myself a two year window).  By then my student loans will be pretty much gone and I’ll be free to enroll in a program.

I’ve been playing a lot of video games this past month and complete two this month.  Two weekends ago I beat Persona 4 (review) and last weekend I completed New Super Mario Bros 2 with everything done and unlocked.  Currently I’m making my way through Dragon Quest V: Hand of the Heavenly Bride and I’m in the last section of the game.  I anticipate beating it sometime in the next week (expect a review!)

Movie wise, I did go to the theaters once to see Into the Woods.  I was in it in middle school and loved it (it’s one of my favorite musicals) and seeing the movie really took me back.  Even 12 years later, I still remembered all the words to the songs (which I mouthed along to).   I thought it was a good movie, though I’m still saddened that the baby wasn’t called Stormeggedon!

I didn’t read as much this month and only completed three books (yikes).  Goodreads says I’m eight books behind already…but I anticipate reading more next month.  It was just a wonky month since I was going in early everyday (and staying late) to do VAAP stuff (Virginia Alternate Assessment Program) and lesson planning.  I’m almost done, which means more free-time, hurray!

This was an interesting month in terms of earnings, most notably because it was a lot lower than its been in a year since I started taking side-hustling seriously.  There are two reasons for that. 1) The website I wrote for for the last year and a half has tanked and they can’t pay me what I was earning.  2) Sales are down because I don’t really have much else to sell.  In February I’ll be prioritizing this and getting back into the grove of side-hustling. Still I walked away from the month with an extra $92.55.  My earning breakdowns are;

That was my January in a nutshell.  It was a good month, but I’m looking forward to having a new month (and no more beginning of the year insurance bills!).  How was your month?

It’s hard to believe we’re already ten days into the new year, but here we are!  2015 has been fairly good so far and I’m working my way through my goals for the coming year.  As I work through my By 30 list and 2015 goals, I can’t help but think of all the things I’m looking forward to in 2015.  I went in this year knowing my 28th year was going to be pretty full, but what year isn’t?  It seems that more happens every year as you age.  2014 was probably one of my most filling years yet (happiness, events etc.) so I can only imagine what’s in store with the vibe I’m getting this year (good and bad).  At least some things are mostly guaranteed!

Last year I started attending conventions.  Yes, those woderful geeky ones you hear about such as San Diego Comic Con and Dragon*Con.  While I won’t be attending SDCC *darn difficult ticket* I will be attending a couple conventions with friends this year.  The first one I’m doing is in less than a month and I’ll be meeting one of my favorite voice actors.  I even went in this year with a list of 25…of which I’ll go to around 5.

While I’m on the fence about Ant-Man (what was that first trailer?) I’m extremely excited about The Avengers 2: Age of Ultron.  Seriously, I made plans with a friend to see it as soon as the release day was given.  Finding out that Tom Hiddleston (Loki) has a cameo makes it even better.

One of my best friends got engaged last fall and her bridal shower will be in New York (where she’s from).  It’s in April and we’ll be journeying up there then for it.  I’m super excited to go since I’ve never been there (plus road trip!)

I went in this year knowing there would be changes, albeit good ones.  I can’t say much more than that, except that I hope to be in a place (physically) where I’m happier.  Not that my current residence is bad or anything, I just need a change.

While this won’t be the year my student loans are completely gone, it’ll at least be another year of having more paid off.  Ideally I’m planning on getting a promotion before the end of the year which’ll mean more every month to pay them off.  I’m still working through my five year plan to have them gone and I anticipate hitting and exceeding my amount of the year!

Time with family and friends

Nothing means more to me (other than God) than the people I care about.  I’m looking forward to outings, good conversations, dinners and laughs with friends and family throughout the year.

I love traveling and count anything that takes at least an hour to get to as ‘traveling’.  I can anticipate a few because of conventions and trips to see friends, plus at least one out of state trip. Maybe this will also be the year I start planning a trip abroad!  A girl can hope!

I’m in really good health, but I don’t workout regularly like I used to.  Two friends recently invited me to join gyms with them (for free!) and I plan on hitting them up on that offer.  Additionally I’ve been trying to make my wardrobe better and shopping more in the petites or stores like H&M.  I’m pretty tiny, but I should start navigating away from the juniors for the most part.

Having a new place to live

This falls partly under changes, but I’m also looking forward to moving from where I currently live by the end of the year. I love my place, don’t get me wrong and my landlord is fantastic.  It’s just that I’ve been here for over 2 years and I’m kind of tired of it and money reasons.

What are things you’re looking forward to in 2015?